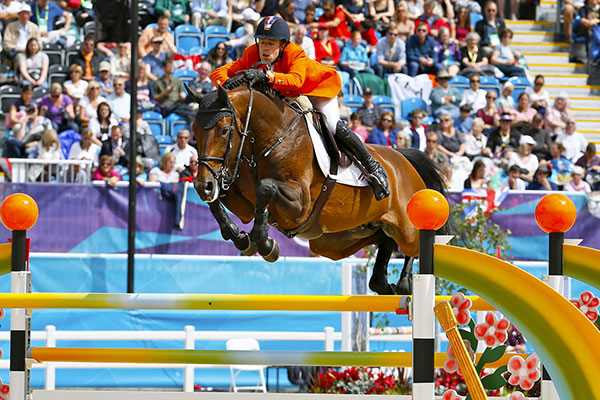 VDL Groep Verdi TN N.O.P. is the best example of sport and breeding going hand in hand. For years, Verdi combines his career as a sire with a sports career at the very highest level.