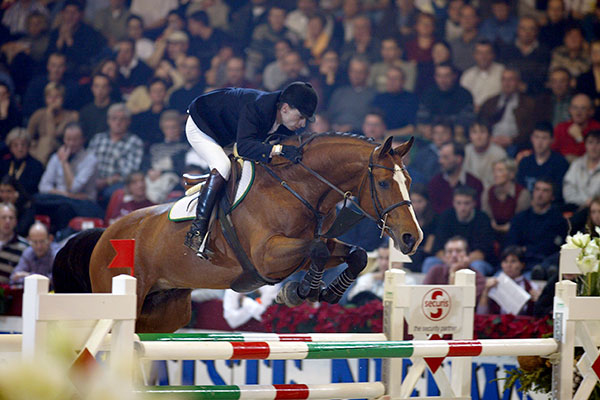 Quasimodo van de Molendreef has been a Grand Prix jumper with both David Jobertie and Jaime Azcarraga. He won the Grand Prix of Lons le Saunier, was third in the GP of Vigo, fourth in the finals of the Sires of the World in Den Bosch, second in the Sires of the World in Mechelen, etc. Unfortunately, an injury cut short his career. His sire is the well-known Heartbreaker, producer of multiple international jumpers and approved stallions. Grandsire is the valuable stallion Lys de Darmen, who is a sire and grandsire of many international jumpers.