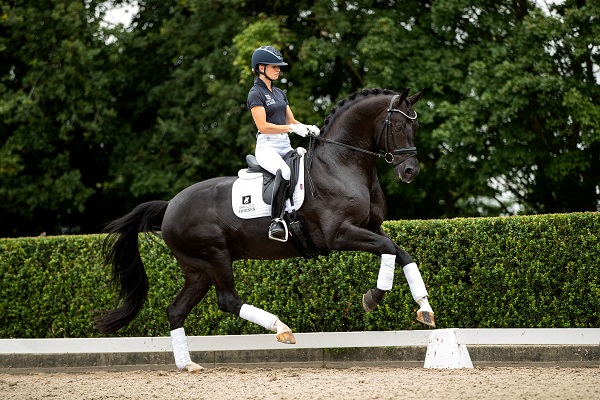 The preferent top-producer Negro, himself a son of the likewise preferent top-producer Ferro, is the sire of Kjento. Negro, with his approved sons and grandsons, already has a great positive influence on breeding. We also know him for being the sire of Charlotte Dujardin’s Olympic champion Valegro as well as the dam sire of the World Champion of 7-year-old dressage horses, Glamourdale (s.Lord Leatherdale), and the upcoming Grand Prix talent, Everdale (s.Lord Leatherdale).