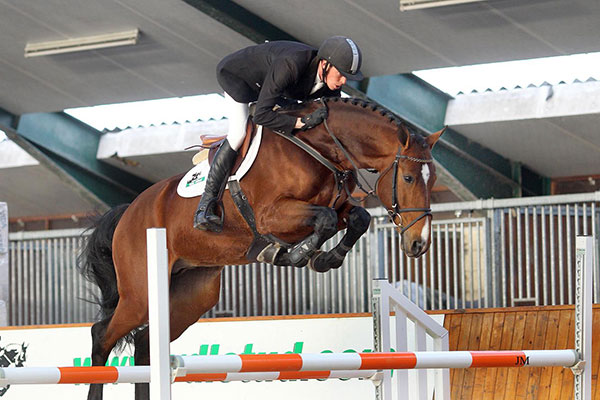 Carrera is a striking and interestingly bred horse from a combination of two Olympic stallions. Sire Cardento won three Silver medals under Peter Eriksson at the Olympics, the World Championship and the European Championship. As a sire Cardento is a producer of international jumping offspring with no less than six children competing at the World Equestrian Games.