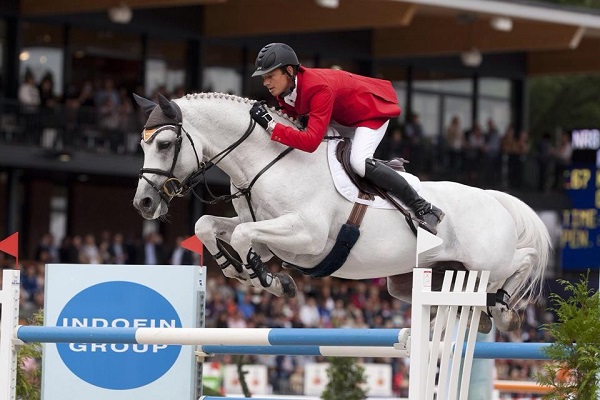 At the 2001 Westphalian stallion inspection Cornet Obolensky blew away the audience and received a 9.24 score for jumping aspects and a 10 for free jumping. In 2004, partnered with Marco Kutscher, he qualified for the Bundeschampionat´s finals with scores others can only dream of.

The partnership remained and Cornet Obolensky became a name to remember. Not only did they place in most of the top European competitions, but the pair were members of the German Nations Cup winning team at Rotterdam 5* where they also placed 2nd in the Grand Prix. Cornet won the CSI 3* at Cervia, and as a nine-year-old was the youngest member of the German showjumping team at the Beijing Games. In 2012, he was a member of the winning Nations Cup teams at Rotterdam and Rome, and won the Grand Prix of Zurich 5*.