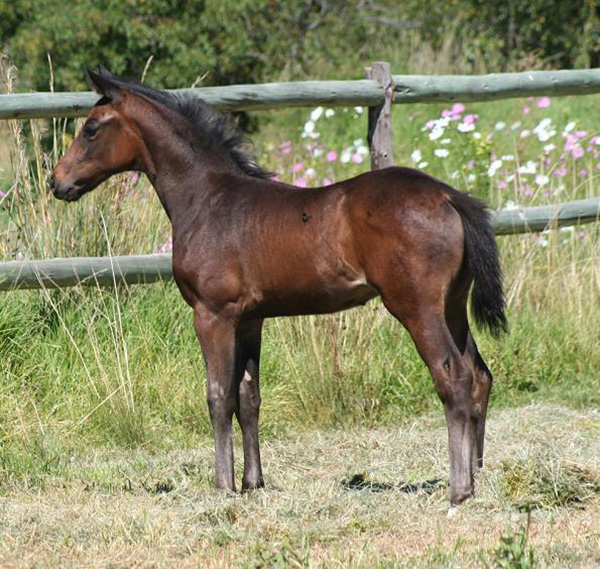 William Tell db, is a second generation progeny bred from imported frozen semen.
He is a Hanoverian colt by Wolkentanz (Hann) out of a Don Frederico (Hann) – Crown Collection xx mare. This breeding is similar to the spectacular stallion Don Frederic, currently standing at Paul Schockemohle in Germany. Don Frederic has three exceptional paces with lots of power from the behind and received a 9.75 for his ridability during his stallion licensing in Germany.
We copied Don Frederic’s breeding hoping to breed a filly for the db stud, alas a colt was born, all colts are for sale.