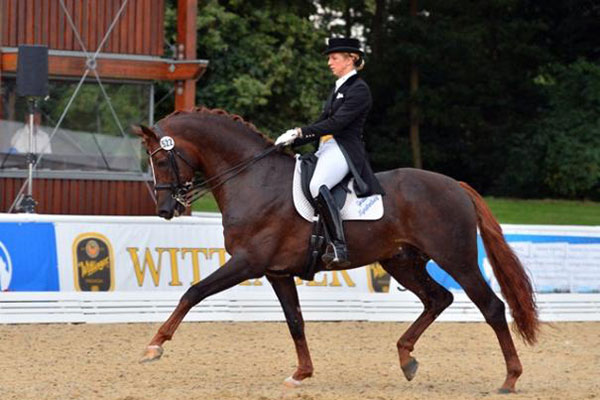 “Fürst Nymphenburg – a prince with perfect character and dreamlike movements.“
As the celebrated reserve champion of the licensing in Verden in 2007 he became the dressage and overall winner of his stallion performance test in Adelheidsdorf one year later.

He was carefully brought up to the difficult class of dressage by his rider Tessa Frank. This perfect couple can be credited with many victories, placements and titles.

In 2004 they brilliantly won the qualifiers for the Nürnberger Burg Pokal. In addition to his impressive performance you can also find many successful descendants of Fürst Nymphenburg: licensed sons, state premium mares and successful sport horses can be found as well as many auction horses.

Fürst Nymphenburg – a stallion to die for!