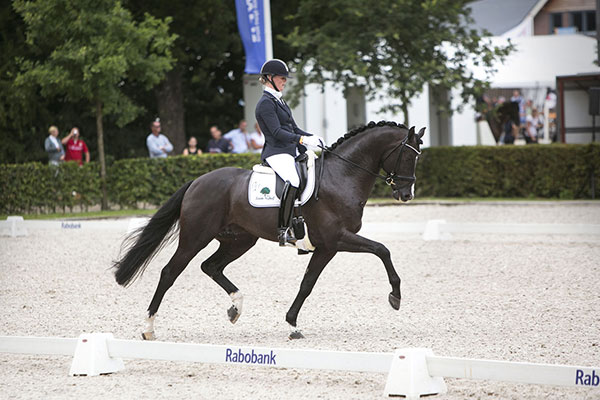 Firestone is the wonderful result of top-class dressage sires Johnson and Florencio. Ridden by Hans Peter Minderhoud, Johnson is among the world’s best dressage horses. He contributed to the bronze team medal at the World Equestrian Games in Caen in 2014 and the golden team medal at the European Championships in Aachen 2015, where Johnson also earned an individual bronze medal.

Florencio has been world champion as both a five- and a six-year-old, while last year the KWPN awarded Florencio as ‘Keur’ sire. Florencio deserved this great title thanks to his offspring performing at Grand Prix level and the talented KWPN approved stallion Charmeur.