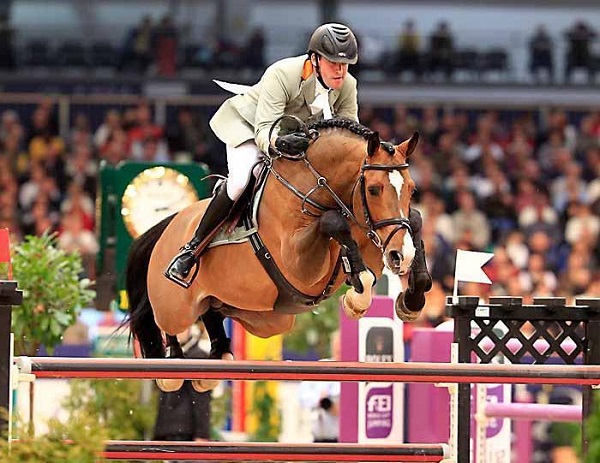 Catoki had an exceptional jumping career, which started with a number of wins in the young horse competitions, including earning the title of Reserve Bundeschampion of the 5 year old show jumpers in Warendorf in 2003, and the following year he finished fifth in the finals of the 6 year olds. From then on the international successes kept coming. Partnered with Philipp Weishaupt Catoki had many wins and placings at Grand Prix level starting in their first year, 2009. In 2010 they won the Vigo Grand Prix, and were second in the Bordeaux and Helsinki World Cup qualifiers as well as the Hickstead Nations Cup. 2011 saw them win the Bordeaux World Cup qualifier, and a week later win a 1.50m class at Vigo. They were also part of the 2011 winning Nations Cup team at Hickstead, and placed in grands prix’s all over the world.