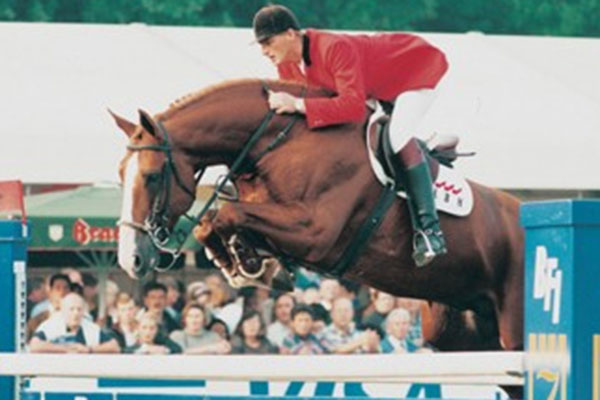 Calvados is bred from the best French performance bloodlines. His sire Uriel has been leading sire for several years (index 211, the highest index figure ever in France). Uriel contributed to French breeding through 26 sons and he produced more than 100 international show jumpers!

His dam Gold Rose (index 186) was as a 3 year old French Conformation Champion and she was in the French Showjumping Team from 1979 until 1982, during which time she won for example the Grand Prix of Paris and Madrid and became second in Lisbon, Barcelona and Hamburg. In addition Gold Rose produced two sons, that both became approved stallions Turban Rose in Sweden and Calvados in Holland.